Within a scientific facility, subjective perceptions take center stage. A woman is being measured in a controlled laboratory environment for her capacity to respond to sensory stimuli while two researchers, hidden behind a one way mirror, look on. The subject’s responses to selected objects (a speaker, a fan, a lamp, and finally, a person) mimic the real-life neurological phenomenon of synaesthesia, the inextricable joining of normally separate perceptions (‘hearing’ colors, ‘smelling’ words, ‘tasting’ shapes, ‘feeling’ names). In particular, our protagonist is tested for a form of synaesthesia in which visually observed touch –to objects or to people- is felt viscerally on her own body. As the experiment progresses, the synaesthete begins to sense a presence behind the one-way mirror, imaginatively bridging the alienating strangeness of the situation. Sensorium Tests questions how sensations might be created and shared between people and objects. 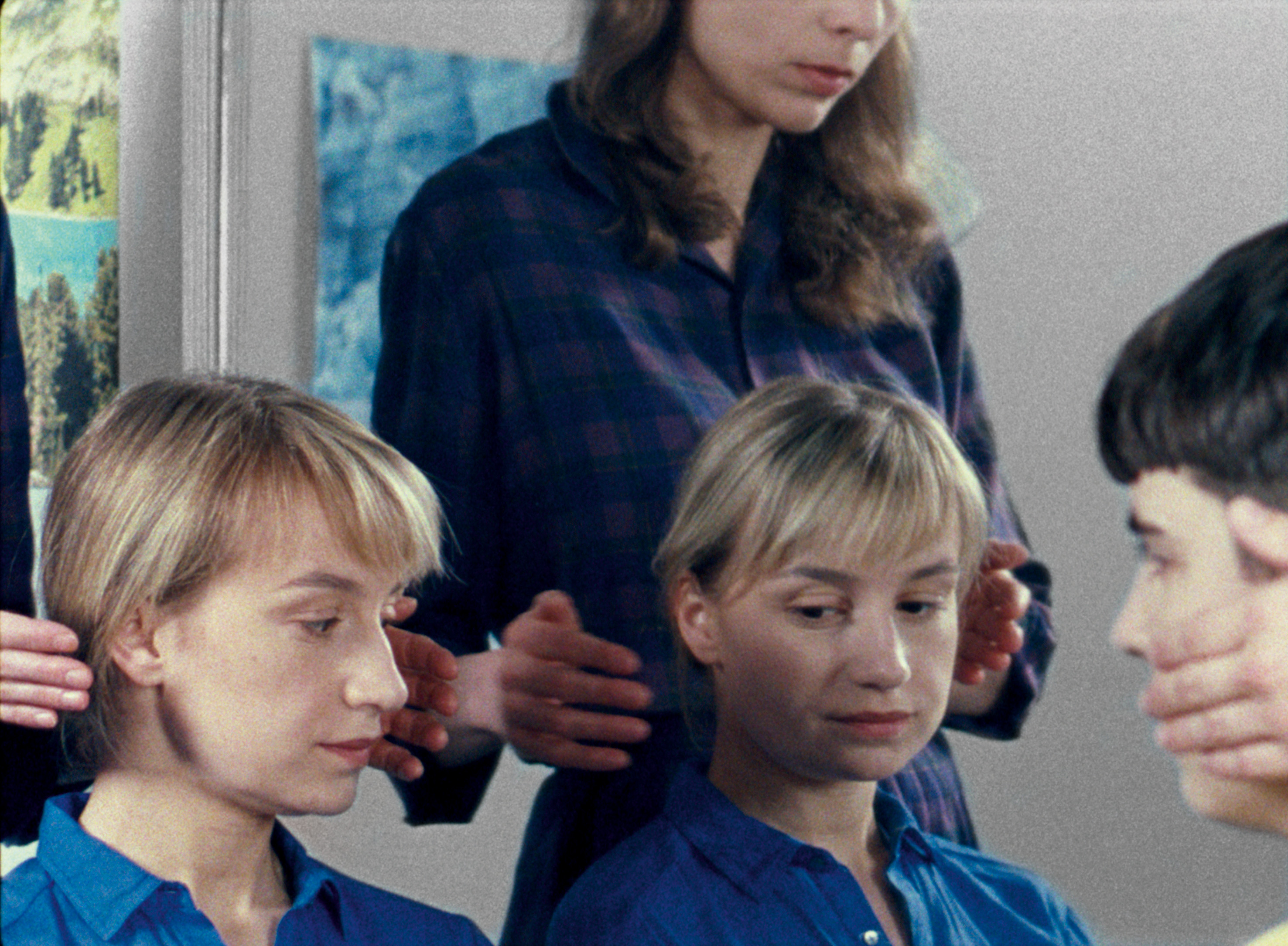